For the very first time, Chantilly is organizing an exhibition spotlighting the exciting equestrian sport of horse racing in France and England from the end of the 18th to the end of the 19th century and is featuring about 80 remarkable works in the Salle du Jeu de Paume by the following artists: George Stubbs, Théodore Géricault, and Edgar Degas.

In conjunction with the exhibition “Peindre les courses – Stubbs, Géricault, Degas” in the Salle du Jeu de Paume, the Gallery of Prints and Drawings is featuring part of the Duke d’Aumale’s collection of stunning Géricault lithographs. Visitors will have the opportunity to view about forty prints and three original drawings by the artist.

This exhibition is supported by Friends of the Domaine de Chantilly and Mr. and Mrs. Ludovic de Montille.

Alain Decaux was a member of the prestigious Académie française and a very well-known media figure. He was also a journalist, historian, screenwriter, and TV host. From 1999 to 2009, he was the president of the College of Curators of Chantilly by way of the Institut de France. He played a large part in helping to establish the foundation now in place dedicated to the preservation of Chantilly. This exhibition is taking place in the Galerie de Psyché.

This exhibition examines over the course of four generations the strong relationships between one of the principal European dynasties and Washington’s homeland spanning from the Revolutionary War to the post-Civil War era. The exhibition is taking place in the Reading Room of the Library. This exhibition is supported by Friends of the Domaine de Chantilly.

The Domaine de Chantilly is proud partake in an unprecedented cooperation between several museums aimed at emphasizing the superb collections in the Picardy region located just north of Paris. Picardy is home to 500 major works of Italian art from the 14th to 18th centuries. However, due to their dispersion amongst various museums and historic sites, these superior ensembles have been overlooked and understudied. In order to fully recognize their pivotal role in Italian art, the Domaine de Chantilly instigated a partnership with more than a dozen institutions in the region to organize a four-part exhibition in four venues, with each show focusing on a specific period:

The Domaine de Chantilly hosts the second leg of this collaborative initiative, focusing on the Italian Renaissance. Chantilly is an especially fitting venue as this era is particularly well represented in its permanent collection.

FODC would like to thank Mr. and Mrs. Jon Landau for their support of this exhibition.

This spring, the Domaine de Chantilly presents forty-five beautiful drawings from 16th-century Italy, selected from the core of the Duke’s bequest. This exhibition showcases outstanding creations by talented artists from northern and central Italy including Giovanni Bellini, Domenico Campagnola, Tintoretto, Parmigianino, Fra Bartolommeo, and Michelangelo. It features a range of genres in which these masters excelled, from portraits and landscapes to religious and mythological scenes. This show complements the “Italian Hours” painting exhibition, which will be taking place simultaneously.

This fall, the Domaine de Chantilly will stage an unprecedented exhibition curated by Nicole Garnier (Chief Curator, Musée Condé), Pierre Rosenberg (Honorary President and Director, Louvre Museum), and Laurent Le Bon (Director, Picasso Museum, Paris). Poussin’s Massacre of the Innocents – a masterpiece in Chantilly’s permanent collection – will be the foundation for the show and provide a lens through which visitors can examine the painting’s effect on the artist’s legacy and its lasting impact since its execution through present day. In honor of this occasion, the painting underwent a ten-month restoration and will be mounted alongside pieces from Chantilly’s own holding and prestigious loans ranging from the 17th through the 21st centuries, including works by both Pablo Picasso and Francis Bacon.

The Domaine de Chantilly is home to an outstanding collection of over 30 drawings by Nicolas Poussin, which will be mounted in the new Gallery of Prints and Drawings at the same time as Le Massacre des Innocents de Nicolas Poussin. Poussin Picasso Bacon paintings exhibition.

The Grand Condé. Rival of the Sun-King?

This fall, the Domaine de Chantilly will stage an unprecedented show on Prince Louis II de Bourbon-Condé entitled “The Grand Condé. Rival of the Sun-King?” (“Le Grand Condé. Le rival du Roi-Soleil?” This celebrated military mastermind led his country to numerous victories, instigated a rebellion against his own cousin King Louis XIV, and devoted the latter part of his life to embellishing the Château de Chantilly and its gardens as well as to encouraging contemporary artistic creation. For the first time ever, a major exhibition is dedicated to the life and legend of this emblematic figure of 17th-century France and it is only fitting that Chantilly – his favorite residence – be the venue, just steps from the Museum that bears his name.

The Friends of the Domaine de Chantilly would like to thank Mr. Robert de Rothschild for his generous support of “The Grand Condé. Rival of the Sun King?”

Pierre-Paul Prud’hon (1758-1823) enjoyed a prolific career in post-Revolutionary France as a painter and decorator, in particular receiving commissions from Napoleon and Josephine. The Musée Condé’s collection includes an exceptional ensemble of twenty-six drawings and four paintings by Prud’hon, which was bequeathed by the Duke d’Aumale with the rest of his extraordinary art collection. This exhibition is the first time since 1997 – when the Musée Condé’s drawings underwent complete conservation work – that these pieces will be exhibited together.

The Friends of the Domaine de Chantilly is pleased to offer a private viewing of “Pierre-Paul Prud’hon” with curator Nicole Garnier on March 31 for its guests and patrons.

The Century of Francis I

The Domaine de Chantilly’s major exhibition in Fall 2015 celebrated the arts of the French Renaissance and its greatest patron, King Francis I (1494-1547). “The Century of Francis I” (“Le règne de François Ier”) illustrated the legacy of this enlightened Renaissance prince through more than 150 paintings, drawings, manuscripts and books, and objects. The majority of the works was drawn from the spectacular holdings of the Musée Condé and the Library of the Château de Chantilly including a large number of items from Francis I’s personal collection.

The Friends of the Domaine de Chantilly was delighted to support “The Century of Francis I” through a generous grant from the T. Kimball Brooker Foundation. 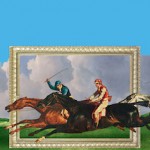 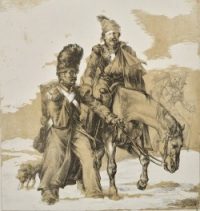 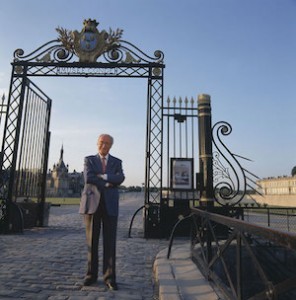 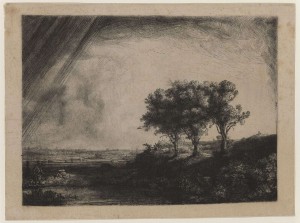 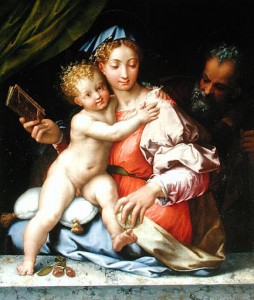 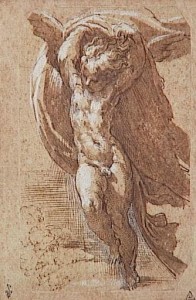 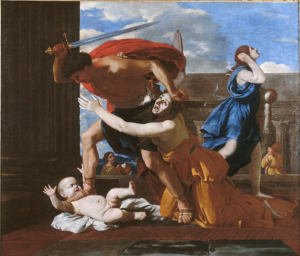 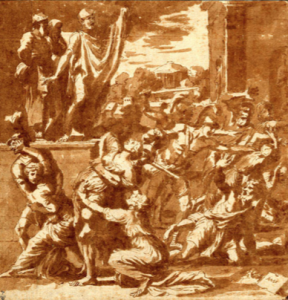 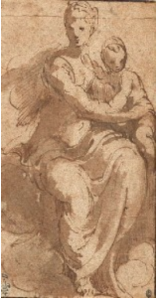 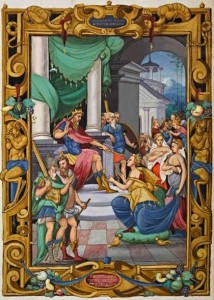 The Book of Hours of Anne de Montmorency